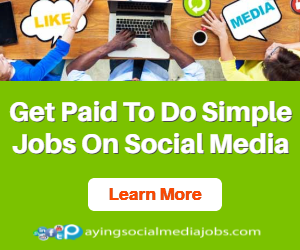 ArcelorMittal (NYSE:MT) appears quite bullish on India. In fact, the company recently announced its intention to double steel manufacturing at one of its primary plants.

ArcelorMittal-Nippon Steel India Ltd. (AM/NS India) plans to spend US $5.1 billion at its Gujarat plant in western India. Betting on strong growth in domestic consumption, the company hopes to boost its crude steel capacity to 15 million tons by 2026. The plant, a deal between ArcelorMittal SA & Nippon Steel Corporation (OTCPK:NISTF) (OTCPK:NPSCY), currently has a capacity of 7.6 million tons.

During a recent presentation to investors, ArcelorMittal said it wants to add the first one million tons as soon as March 2024. When asked how, representatives said they planned to “create efficiencies at the existing plant.”

A report by Live Mint quoted Takahiro Mori, Executive Vice-President of Nippon Steel saying that India’s demand for steel would outgrow the global average. With this in mind, AM/NS India wanted to raise its share of the country’s consumption to 15%. This meant expanding steel manufacturing capacity to at least 30 million tons by 2030.

ArcelorMittal-Nippon Steel’s entry into the bidding process at the very last minute relied on permission from the financial creditors to two of Srei Group’s non-banking finance companies. What’s more, all of this happened just last Saturday. According to this report, the steel manufacturing company’s move officially turns the bidding process into a three-way race.

Clearly, the world’s second-largest steel producer is prioritizing Asia after experiencing difficulties in Europe. Indeed, ArcelorMittal recently announced the closure of one of its European factories due to surging natural gas and energy prices.

Back in September, the company said it would close one of the two blast furnaces at its steelworks plant in Bremen, Germany for the same reason. However, they also mentioned weak market demand as an impetus for the move.

Either way, the message is clear: doing business in the European market is simply not productive at the moment. The question is, how many companies will follow ArcelorMittal’s lead?

Editor’s Note: The summary bullets for this article were chosen by Seeking Alpha editors