The Turkish Central Bank left its weekly repo rate unchanged 14%, in-line with expectations. This also marks the first time that the repo rate has been left unchanged since August, potentially suggesting that the unorthodox easing cycle has ended. In reaction to the decision, the Turkish Lira firmed over 1% vs the USD, albeit paring some of that move. Now while is a step in the right direction by the CBRT to bring about some stability in the Lira, there will remain a considerable amount of risk surrounding monetary policy given President Erdogan’s unorthodox views on interest rates.

In the accompanying statement, the Committee expects disinflation process will begin on the back of measures taken along with the unwind of base effects and thus reinforced their decision to keep the policy rate unchanged. That being said, risks continue to remain tilted to the downside for the Turkish Lira and eyes will be on the cumulative impact of recent rate cuts going forward. 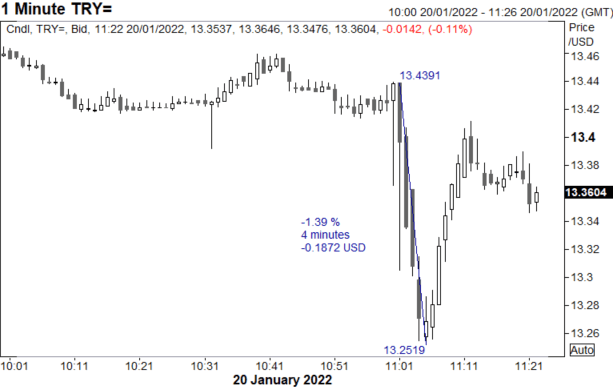 As a side note, volatility in the Turkish Lira is important for equity traders, namely those who have exposure to Spanish Banks and the IBEX 35, which we have highlighted previously.