AUD/USD has rallied following a 30 pip drop below the round 0.6650 level that came on the back of the knee-jerk reaction to the Fed’s interest rate hike. AUD/USD, however, recovered from a session low of 0.6621 to 0.6705 during the Fed’s presser and back into the Tokyo highs in an explosive move vs. the bearish creeping trend. Technically, the rally came on the back of a harmonic pattern as illustrated below.

Meanwhile, Federal Open Market Committee’s conclusion to its two-day meeting resulted in the Federal Reserve deciding unanimously between its board members to hike interest rates by 75bps. The decision and further details surrounding the Fed’s dot plot and economic forecasts have pressured the US yields and the dollar higher initially, however, there has been a turnaround with the greenback now trading back below the 111 area.

The expectations for higher rates and a decision by Russian President Vladimir Putin to mobilize more troops for the conflict in Ukraine had already pushed the dollar to a two-decade high before the Fed. The DXY index that measures the US dollar against a basket of currencies was breaching into the 111 area but on a post-Fed announcement, the index shot up to a high of 111.578. It has since stumbled back to test a trendline support area near 110.60.

Meanwhile, Fed’s chairman, Jerome Powell has been speaking to the press: 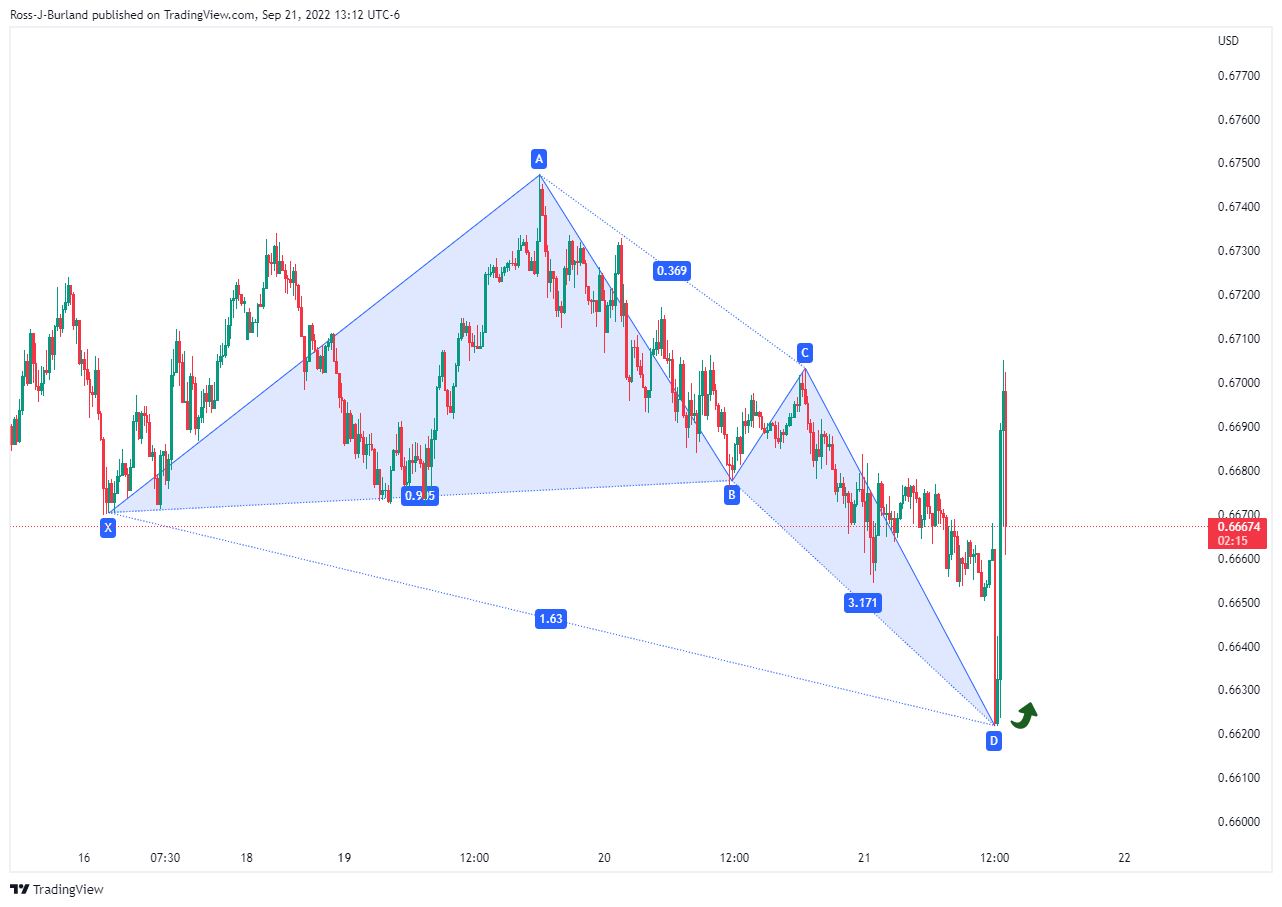 The price completed a deep crab harmonic pattern. Following the sell-off to 0.6620’s, the price rallied back to engage buyers and to trip stops at and around the 0.6650s for a run on positions accumulated towards the 0.67 area in what has been a creeping bearish trend established since the open of the week. 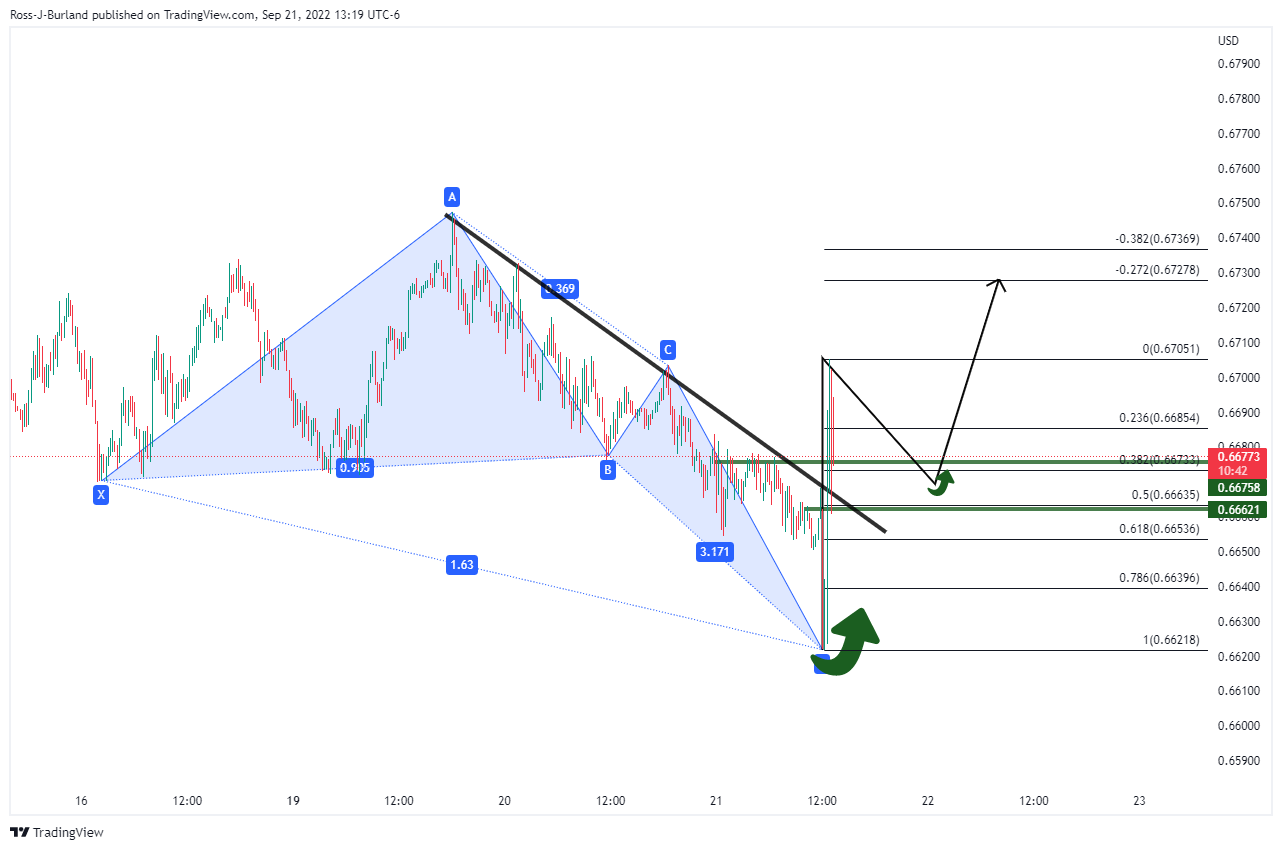 US Dollar Index declines sharply below 111.00 despite soaring…

US Dollar Faces Support Ahead of High Importance US Data

XAU/USD Extends Rally, Buoyed by Falling Yields and a Weaker…

Monthly Dividend Stocks 101 and How to Invest: GET PAID NOW!