NFT Signals, the NFT trading signals service that has delivered over $50 million in total group profits to its members so far, has announced it is partnering with revolutionary NFT project Beastlike.

Beastlike is doing something different with its collection of NFTs based on a 10-year old game idea called Shonobi Tribe that never got to market.

This project is doing something never done before, by leveraging the power of NFTs to enhance rarity, playability and storyline engagement in the Beastlike universe.

There isn’t anything on the market like Beastlike, which does make this project truly pathbreaking.

From a labor of love passion project the team has succeeded in bringing to market an innovative and artistic masterpiece that will delight collectors and traders alike.

Whereas most NFT collections will devolve from a single base character, Beastlike has 50.

Each of the 50 ‘Beast’ animal races and 10 aligned elemental tribes combine in different ways to create the 30,000-piece collection of unique NFTs.

Individual traits include all the typical assets of a fantasy series, such as armor, facials, weapons, tribes and so on.

However, because of Beastlike’s rich approach, the collection as a whole provides a deeper experience, which, put simply, means there is greater character variety and, because of that, greater attractions for serious game players and true collectors.

Flowing from these design decisions Beastlike is able to offer eight levels of rarity, starting with standard at 23,000 pieces, going through to secret at 5 pieces. 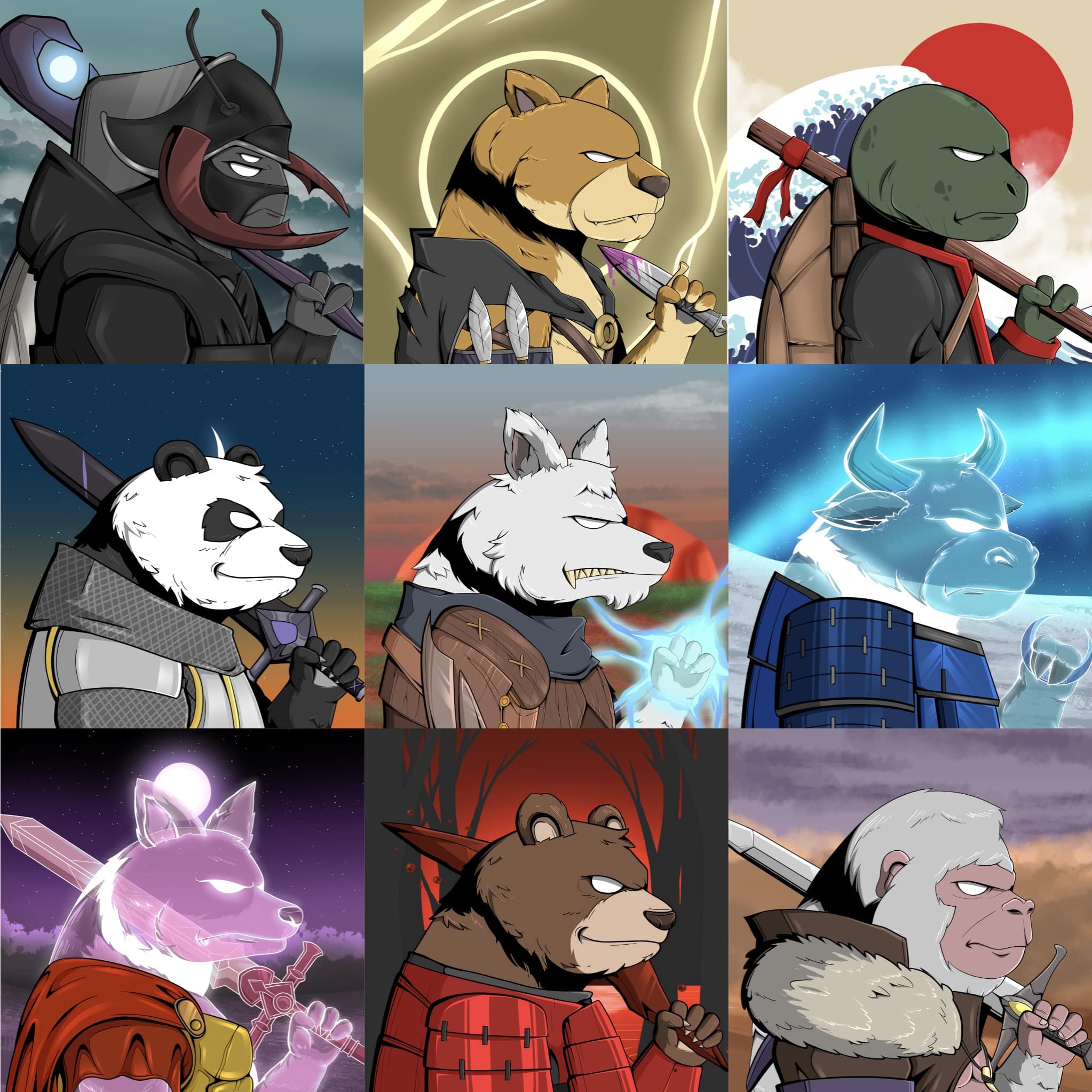 Beastlike goes beyond the rarity quotient and is solving a problem that has been top of the list for gamers of all sorts – how to transport your gaming experience between formats.

Imagine a situation where card games, board games, DND (Dungeons & Dragons), online, you name it, are no longer siloed one from another. Instead, as with Beastlike NFTs, your character will be able to exist in all of those formats.

Right now the team is working on the 3D avatars of the NFT cards.

An engaging story to tell in a brand new way

Lastly, none of the rarity or conceptualization matters unless there’s an engaging tale to tell.

Again, Beastlike is ripping up the playbook. The story is based on a 3,000 year history, and instead of unnaturally appended prequels and sequels, Beastlike starts in the middle of the story timeline and works outwards.

It is no exaggeration to say, there really is nothing quite like Beastlike.

Partnership provides a wealth of synergies to exploit

Beastlike teaming up with NFT Signals is a win-win for both brands.

On the one hand Beastlike gets onto the radar of some of the sector’s most engaged individuals, while the NFT Signals community is able to avail itself of access to what is shaping up to be one of the most sought-after minting events of recent months.

Under the scope of the deal, the Beastlike community will receive a 15% discount on all the NFT Signals packages.

In return the NFT Signals community will receive 100 whitelist spots for the Beastlike collection of 30,000 pieces that features 50 ancient animal types.

The collection mints on the 19th September, with each piece starting at 0.05 ETH for WL members and 0.09 ETH for public sale.

Both NFT Signals and Beastlike will publicize the partnership on their respective social channels.

Here are the full mint details:

Commenting on the partnership and the forthcoming mint, a Beastlike spokesperson said: “NFT Signals has been doing a stellar job for its community by accessing the value in the NFT sector.

“As a premium NFT collection we are delighted to partner with a VIP service like NFT Signals.

“We like the way NFT Signal works hard to keep its community safe and informed as they look to collect and trade unique and valuable art.”

Darnell McWilliams, head of marketing at NFT Signals, said: “We are very pleased to announce our partnership with Beastlike and we love what they are doing with their revolutionary new approach in the NFT space.

“We look forward to welcoming members of the Beastlike community to our top-rated trading service.”

BEASTLIKE is a revolutionary NFT project, as opposed to simply a digital token, we’ve created an open world environment, which is designed around 50 ancient animal races which are aligned to 10 different elemental tribes.

All artwork has been hard-drawn and is unique. Stage one involves 30,000 unique animals of 20 different races, each with different armor, weapons, fur, colouration, expressions, backgrounds and other features, creating the most unique collection you would have seen.

Members who hold Beastlike’s NFTs aren’t just getting a piece of beautiful art. They will be rewarded and gain access to amazing parts of the community. Beastlike isn’t just creating a product – it is creating a brand and a revolution.

Beastlike is designed from the ground up to expand and cross multiple platforms. This includes RPG, graphic novel, a staking platform, digital currency, membership club and much more.

The NFT Signals packages come at three different price points. Monthly, quarterly and annual packages are priced at £50, $75 and £250 respectively.

This is what you get in the packages:

The number of signals will vary depending on market conditions and the service emphasisers to members that it does not indulge in overtrading.

Also the service is flexible, so it is up to each member to decide which signals to act on and how much to invest.

NFT Signals recommends that members not allocate more than 5% of their trading pot to a single trade.

Gary was the production editor for 15 years at highly regarded UK investment magazine Money Observer. He covered subjects as diverse as social trading and fixed income exchange traded funds. Gary initiated coverage of bitcoin and cryptocurrencies at Money Observer and for three years to July 2020 was the cryptocurrency analyst at the UKâ€™s No. 2 investment platform Interactive Investor. In that role he provided expert commentary to a diverse number of newspapers, and other media outlets, including the Daily Telegraph, Evening Standard and the Sun. Gary has also written widely on cryptocurrencies for various industry publications, such as Coin Desk and The FinTech Times, City AM, Ethereum World News, and InsideBitcoins. Gary is the winner of Cryptocurrency Writer of the Year in the 2018 ADVFN International Awards.